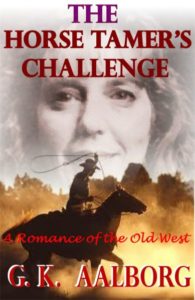 A Romance of the Old West

With his dying breath, Rebecca Susan Bennett’s father had sworn her to rescue her twin sister Amy—an Indian captive—or kill her!

It was an oath which would lead Rebecca into the wilds of Montana Territory in the aftermath of the Custer massacre, scouring the high plains on a search that seemed futile, at best, a journey fraught with danger and plagued by enemies—not the least of them her inner turmoil at having promised in the first place. Rebecca might find Amy—but if it came to that—could she really killher own sister?  Her twin?

“You might be keeping that promise on your own death bed,” was the reaction from Lucas Swallow, who had agreed to help Rebecca, but whose private, hidden agenda threw up complications at every turn. Her growing attraction to this enigmatic, mysterious man only complicated things further.

Far easier to fathom the logic of a sadistic outlaw band who saw both sisters as the key to their father’s legendary lost gold mine.

For Lucas, bound by his honor to help if he could, Rebecca was a challenge and her plight a burden of the blood debt he couldn’t ignore.

For the gently-reared Rebecca, the very land she traveled was an enemy; she hated and feared the west for its rawness, its violence. But she refused to let her fears defeat her. She began her search as an innocent idealist, a pacifist. She ended it as Une femme aux cheveux couleur du soleil couchant, qui vainct ses ennemis grâce à un fusil sans balles—Sunset woman who defeats her enemies with an empty rifle.

And in the process, Rebecca found not only her sister, but herself.

“The Horse Tamer’s Challenge is a gritty, gut-wrenching adventure story that stirs the imagination and satisfies the heart. This is the stuff of which legends and bestsellers are made. A panorama of how the West was really won, it’s filled with the kind of love, adventure, danger and history that keeps readers turning the pages to the very satisfying end. Not since the heyday of Louis L’Amour has there been a western this well-researched, this well-written.”

“Both evocative and exciting, The Horse Tamer’s Challenge tells a startlingly original tale of love, loss and nonstop adventure on the wild and unpredictable frontier of the Nineteenth Century. Lucas Swallow is an unforgettable hero, a man of two starkly different cultures who walks between them with cunning grace as well as compassion. Gordon Aalborg is an impressive and consummate storyteller.”